MSIGA Membership is Being Considered by the West Virginia Lottery

The Multi-State Internet Gaming Agreement, which currently only comprises Delaware, Nevada, and New Jersey as its active members, has been the subject of repeated discussions by the West Virginia Lottery. Michigan has also chosen to join the Agreement, but certain further steps must be taken before it can fully participate and realize its full potential.

According to a recent article by Poker Industry PRO, an unnamed West Virginia Lottery official stated that the state might consider joining the Multi-State Internet Gaming Agreement if one of its operators publicly declared its intention to begin providing multi-state online poker. According to Poker Industry PRO’s research, West Virginia has typically been receptive to the concept of signing the Agreement at the right moment, which is apparently determined by local operators taking the initiative.

The five casinos and racetracks in the state are each permitted to host three iGaming businesses, which for West Virginia primarily consist of sports betting and online casino gaming. The West Virginia Lottery can thus be contacted concerning the introduction of online poker by any of the nine WV operators.

The company behind the BetRivers brand, Rush Street Interactive, strengthened its interest in poker with the purchase of Run It Once, and the Mountaineer Casino, Racetrack & Resort is affiliated with Caesars and BetRivers, so it’s obviously a contender to bring up the subject of online poker.

The FanDuel Sportsbook, along with Golden Nugget and BetMGM, is located at the Greenbrier Casino Club at the Greenbrier Resort. The Hollywood Casino at Charles Town Races has partnerships with Barstool, PointsBet, and DraftKings. Due to their position in New Jersey, BetMGM and Caesars also benefit from synergies inside the WSOP/888 US Network. Additionally, FanDuel, which has strong relations with PokerStars, currently operates a profitable online casino in West Virginia, indicating that online poker may be in the near future. 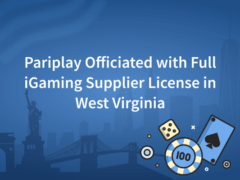 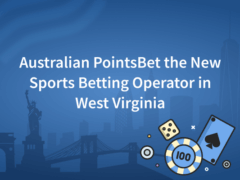 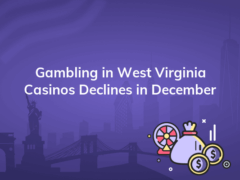 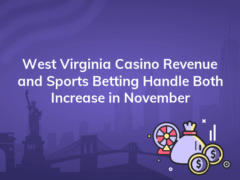